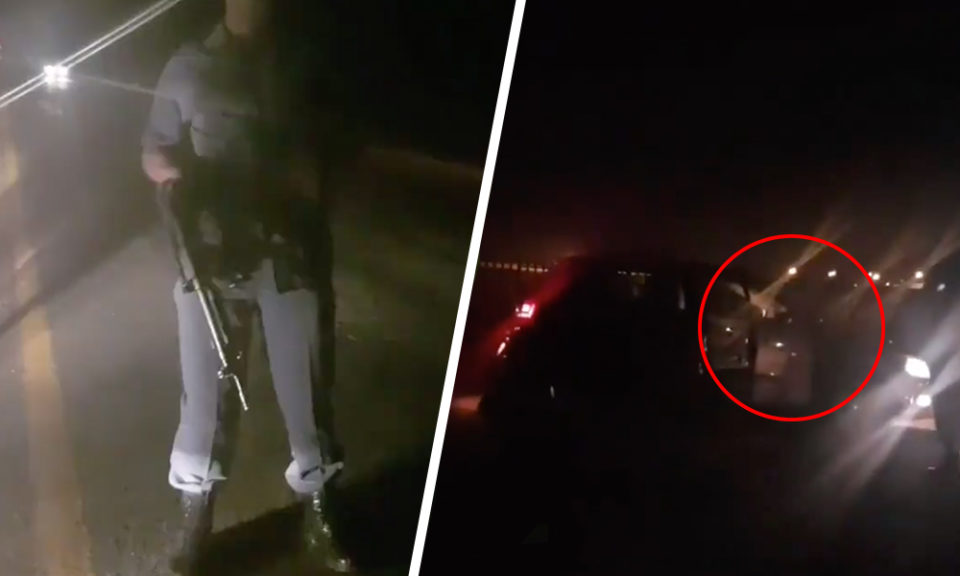 A 33-year-old Mpumalanga police constable is in custody after he allegedly hijacked a couple while on duty, provincial police said.

Police spokesperson Brigadier Leonard Hlathi said on Wednesday that the constable, who was on duty and dove a police vehicle, signalled at a motorist to stop.

The policeman then went to the vehicle and ordered the driver, together with his wife, to alight from it

The constable – who was based at the Balfour police station – then allegedly hijacked the vehicle at gunpoint and left his state vehicle behind.

He was arrested on Tuesday night when he handed himself over to Mpumalanga police.

Police are expected to be the custodians of the law and not the ones breaking it. The police will not hesitate to arrest their own if found to be on the wrong side of the law

The original Facebook video can be viewed below and was posted with the following caption:

ATTEMPTED HIJACKING IN JOHANNESBURG HAS SOUTH AFRICANS IN TEARS

SHOOTOUT IN JOBURG ON M1 BRINGS TRAFFIC TO A STANDSTILL