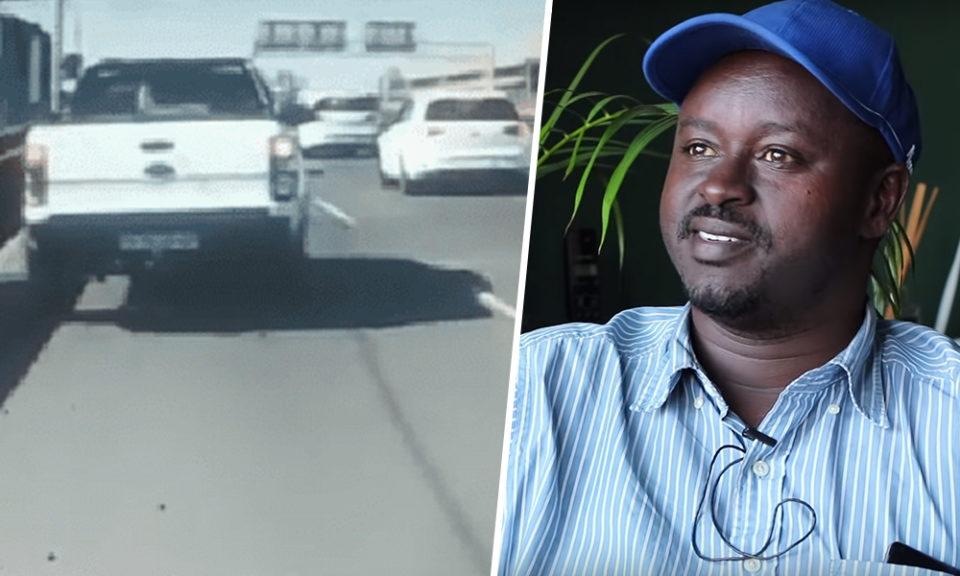 A highway hijacking turned bloody after a brave son from George saved his family by fighting off armed robbers with a screwdriver.

A notorious stretch of road on the R300 highway is known for these sort of attacks.

The family was traveling in two separate vehicles when their BMW had to stop on the dangerous stretch due to car trouble.

I told my dad I am going to cut the backseat seatbelt for a tow rope. When I looked up I saw three black males; one had a gun and the other two pangas

Robin-Lee says he did not think twice when he saw his mother and brother about to be attacked.

The one with the gun who had been pointing it at my dad was busy knocking the firearm and I realised it was jammed. I saw the two with the pangas pulling my mother and my 11-year-old brother out of the car and I jumped out of my car with the screwdriver and began running towards them.

I watched how he was trying to chop her hands with the panga. I got hold of him and started stabbing him about five times, even in the neck. I wasn’t worried about being shot, I would do anything to protect my family.

One robber was severely injured due to his stab wounds and had to be dragged off by the others who fled on foot.

To make matters worse they had desperately tried to flag down numerous police vehicles who were passing by. Not one stopped to assist.

It was a good samaritan Uber driver who saw the scene and came to their rescue.

The driver had downloaded a South African App called Namola and immediately called for assistance. To their surprise, the police arrived on scene within minutes.

Take a watch below as we have the interview describing what happened with the Uber driver along with how the App in this case potentially saved lives.

FINANCE MINISTER ON E-TOLLS: “MOTORISTS MUST PAY UP” – THERE’S NOTHING FOR MAHALA

SHOOTOUT IN JOBURG ON M1 BRINGS TRAFFIC TO A STANDSTILL