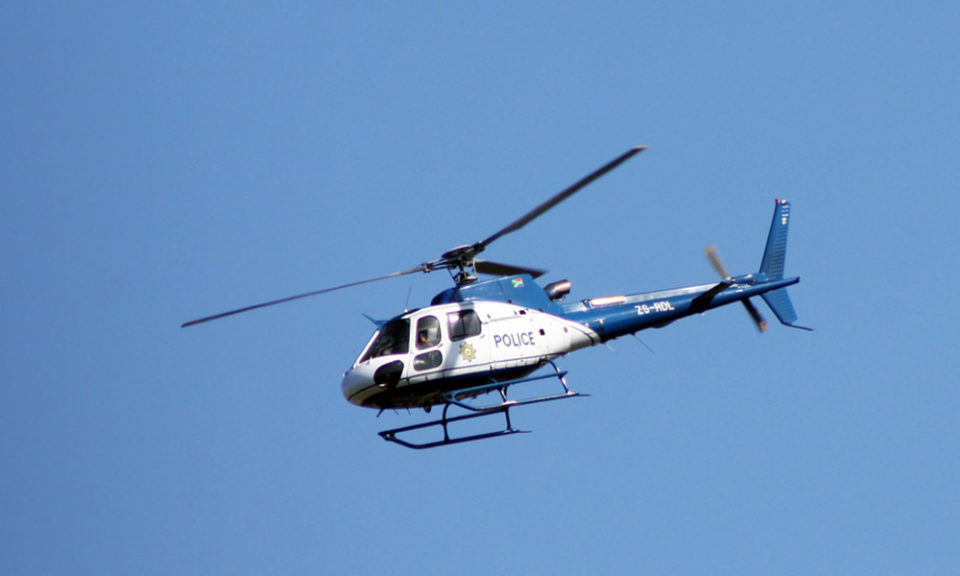 In what some might mistake for a bad joke images have gone viral online after a South African police helicopter performed an ’emergency landing’ at Komani shopping center only for the pilots to buy themselves some KFC for lunch.

This was not an official police practice run and/or for any police duty concern, other than for this police pilot to land, switch his blades off and walk nonchalant 30 metres into a chicken outlet – thus, not to investigate a crime scene or whatsoever, but to queue in line for a quick takeaway and some gravy (train), with it

After this police pilot got his food parcel, and paid for it, he walked out, climbed back into his police helicopter, switch on the blades and swiftly flew away

Concern was raised about the legality of the situation stating that pilots could not have had permission to land in a busy parking lot with cars driving and people walking around.

Users were rightfully outraged by the incident with many expressing their opinions and disbelief.

On Tuesday 2018/10/23 at about 14H00 a South African Police Service helicopter, descended down from the blue skies in the Eastern Cape and landed between cars and pedestrians on the parking lot of one of the local shopping centres in Queenstown (Now Komani).

A few concerned pointers though:
Surely he did not have permission to land on this busy parking lot with cars and people all around and not just putting his own life at danger, but those all around him. He came uninvited and without pre-arranging his landing time or requesting to cordon off the area he will be needing to land.
This was of no official SAP business endearment and or an emergency landing as such, other than having a quick stop for lunch in a Police Helicopter.

His origin and destination is unknown, hence, can we call it fair that we, the taxpayer Joe’s of South Africa, have to subsidize, trained police helicopter pilots, to misuse the fuel, time and salary, we pay them, to maliciously and in misconduct, use state property, to go and buy a quick take away?

This is not the first time KFC and South African officials have made the news. Recently Carte blanche did a special in which they exposed how a municipal manager, Chris Magwangqana spent R90,000 on KFC as “catering” within a few days of his appointment for him and colleagues.

Last year, Northern Cape police commissioner Risimati Shivuri also made it into the news when he used a helicopter to fly 4km to Colesberg to get a Wimpy breakfast, according to the Sunday Times.

Talk about a waste of states resources?

KZN LEARNERS CAUGHT ON CAMERA IN ANOTHER MASS SCHOOL BRAWL