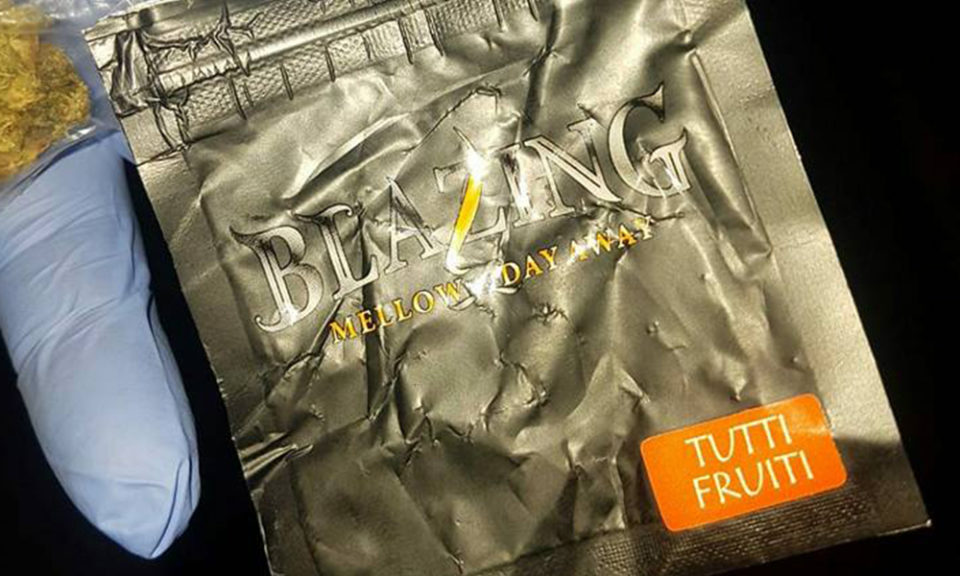 After a series of serious reports emerged the South African police service have sent an unknown substance for urgent forensic testing.

This after reports that 14 young adults and teenagers from Pretoria were hospitalized this week after smoking the drug. It is being called herbal blend, puff or blazing.

Images and videos have since been uploaded to social platforms of users experimenting with the drug causing disastrous side effects. Some images have been included below.

Three teens from Pretoria West were still in school uniform on Monday afternoon as they had to be rushed to hospital in a serious condition.

A video now widely seen on Facebook a teen can be seen with a breathing device over his nose and mouth as paramedics try to stop him from squirming and arguing while a drip hangs from his arm.

The substance is packaged in a small seethrough bag similar to those used by dagga dealers. The substance itself is green in color and has a strong resemblance to the known drug dagga.

Police have issued an urgent warning to all South Africans about this new drug which source has yet to be confirmed.

Also asking for people who have more information about it to come forward.

In addition to this police have also urged parents to remove packages that their children may have in their possession.

MALEMA TELLS STUDENTS IT SHOULD BE ‘VICTORY OR DEATH’