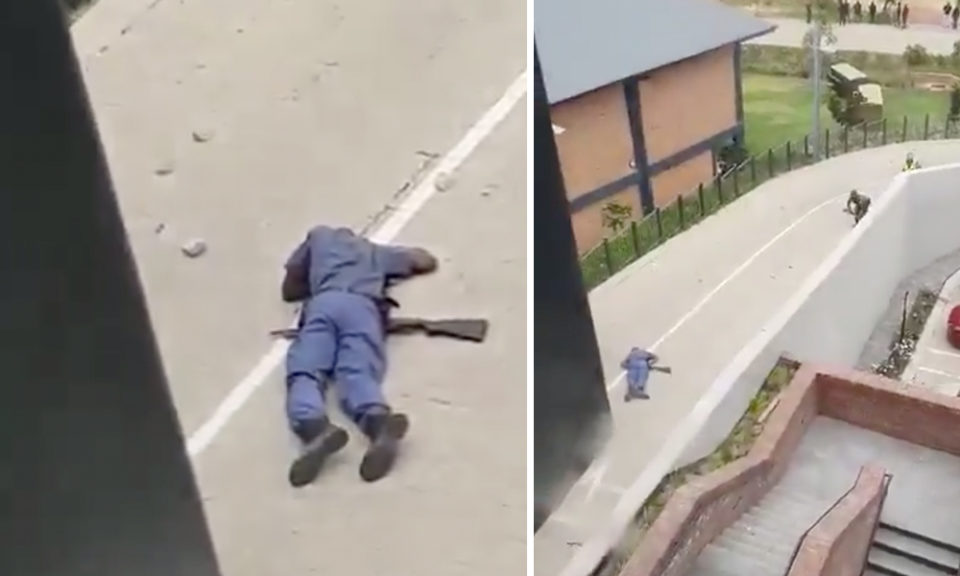 NEHAWU’s protest follows that of the students. In September, classes had to be suspended after students protested over accommodation issues, among others.

According to a student who asked not to be named, the protest came as a surprise.

The strike affected us as students as we have worked hard preparing for our exams with limited time. We as students were striking not so long ago against the corruption of the management, so this semester we didn’t attend a lot of classes. It came as a surprise to us as students when NEHAWU was chasing students out of the examination hall

However, in a statement, the union has rubbished claims of disruption of exams.

Footage seen on social media shows the chaos unfold as an officer lies covering his firearm after being injured during the violent protests.

Students recorded the scenes from an exam hall in which an examination was taking place at the time.

Stones and other objects can be seen being thrown as a fellow SAPS member attempts to come to the rescue of the trapped officer.

Other footage seen shows extremely violent acts of sabotage as a group is seen assaulting security personnel and other institute members as they swarm the university.

Reports are still unconfirmed whether it was Nehawu, (National Education, Health and Allied Workers’ Union)