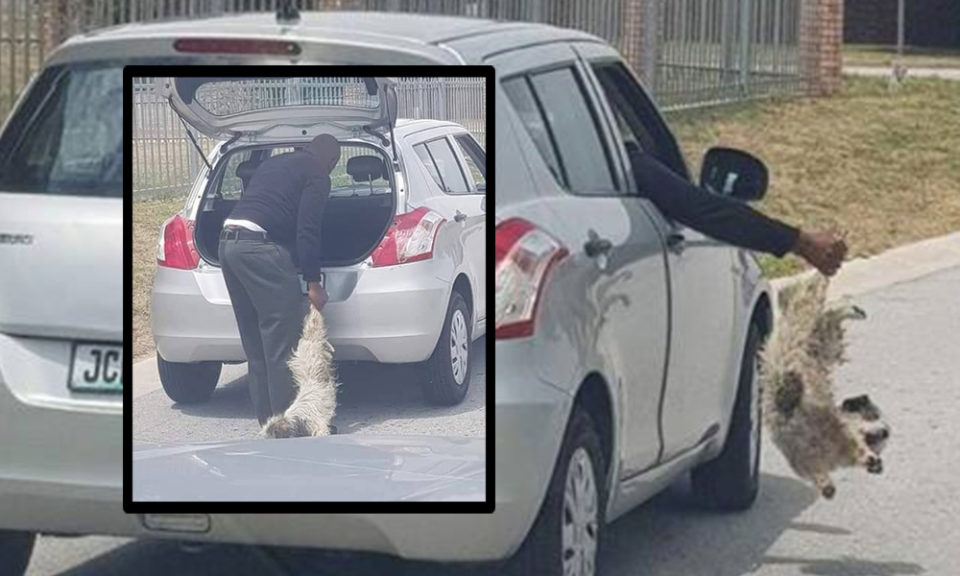 As an image was widely spread today South Africans nationwide were outraged by the abuse of an animal allegedly by a motorist in Port Elizabeth.

Hannes Stander, the manager of the Animal Welfare Society in Port Elizabeth, told reporters that the driver of the car made a statement about the incident. 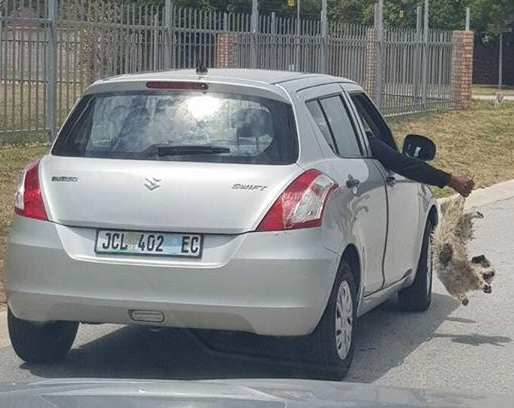 The man also made a statement to police, Stander said.

Now it’s up to the police to investigate and for the law to run its course. We can’t jeopardise the investigation by getting more involved now

According to Stander, the man claimed the dog jumped from the car and he caught it at the exact moment the picture was taken.

The man was transporting the dog after picking it up after it had run away from his home, he claimed

These claims, however, have left some divided after new images emerged late evening on Thursday.

As seen above the man looks as though he is dragging the dog by the hind legs as he opens the boot of his vehicle.

The original poster has said.

First photo, shows the man holding the dog out the window. The suspect tells the police that the dog tried to jump out the window and he grabbed it by the leg

What local authorities will do next is something that remains a mystery.

From the images and info available online one can only assume what took place as many have called for a deeper investigation into the matter.

“I’M READY” – VIOLENCE ESCALATES IN THE STREETS OF LENASIA