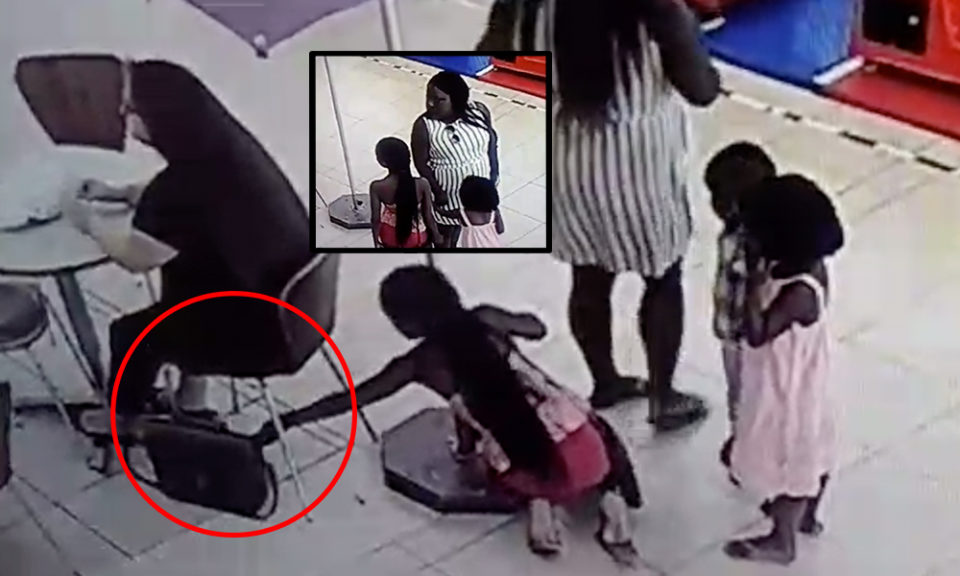 Scenes such as these always cause a debate amongst South Africans as crime, whether it be petty or serious continue to rise in our country.

Footage scene on a closed policing community group on Facebook shows three young children walking around with their mother outside a Steers shop in Paarl.

The mother, looking lost, walks around a woman’s table as she sits and enjoys a drink unaware of what the group is planning.

It doesn’t take long before the mom of the youngsters walks around and stands behind the woman seated at her table. In full view of the camera, her eldest daughter gets down on her knees and make several attempts to snatch the victim’s purse. It takes less than 10 seconds and they casually walk out of frame.

The footage was posted this morning and already has close to 1,000 shares as some expressed their anger while others felt for the woman and her children.

What a way to bring your children up, little thieves from an early age!!!

Just a thought, I wonder if she works for someone as a domestic, or doesn’t have to work due to her thieving habits?!

We have seen scenes like these before and again here we are with a woman using and teaching children that crime is ok.