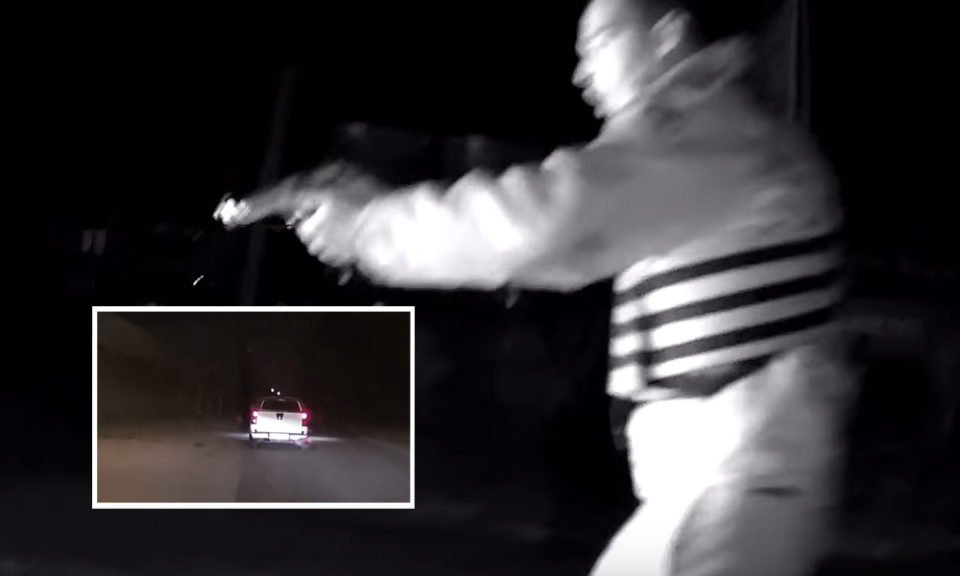 According to the information received, a team was on patrol in Daveyton when they spotted a white Nissan NP200 that was sought by police under the suspicion of it being stolen.

The vehicle had different number plates which were later discovered to be false.

The white bakkie had been stolen in Pretoria and a case recently opened.

The footage shows security officers in pursuit of the vehicle. After noticing suspicious behavior the occupants were ordered to pull over when members of NoJack emerged and surrounded the vehicle camera-ready and guns drawn.

A big talking point surrounding this and other recent videos is the argument that law enforcement should adopt the idea of using body cameras.

This is certainly a step in the right direction for those who have wanted to see first-person views of operations.

The full clip has been attached below.

“THEY WERE NOT HERE TO STEAL” – COUPLE ASSAULTED, ALMOST RAPED DURING HOME INVASION