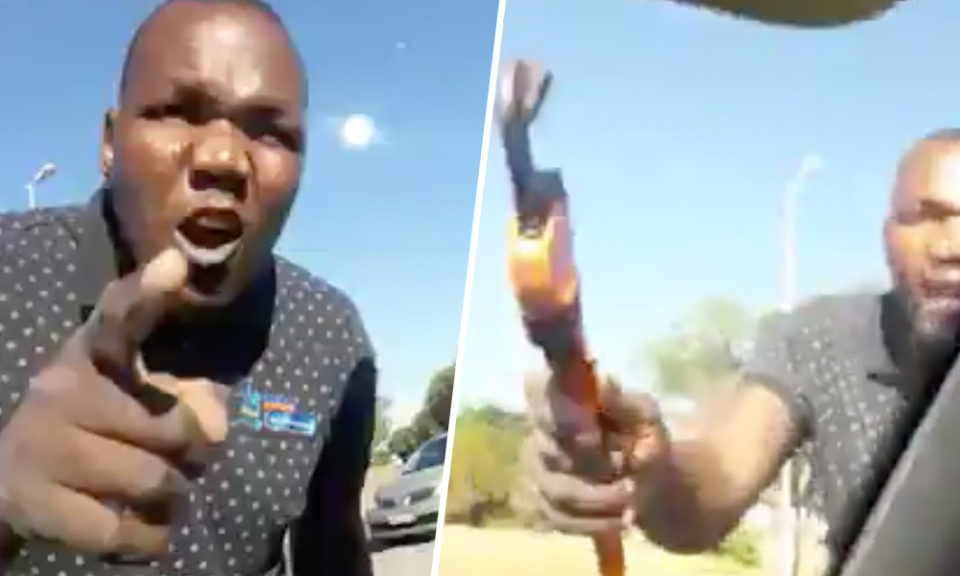 In a shocking 60-second clip a family has reached out for assistance in an attempt to track down a man who threatened a father and his seven-year-old daughter while on their way to school.

According to the woman who posted the clip the incident took place earlier this morning. Details surrounding what caused a motorist to exit his vehicle and attack the family with a wrench is still unclear.

She goes on to say:

This barbaric man attacked my husband and 7-YEAR-OLD DAUGHTER this morning on their way to school, This man threatened their lives, with no care in the world that a child is inside the car. He is not even moved by the fact that he is been captured on video

The post quickly spread across social media with the majority of people angered by what they saw while a few wanted to know what sparked his fit of rage.

He followed them to school after the video was taken. My husband had to drive inside the schoolyard for safety. This cannot go unpunished please help to make this sick man go viral and may the Long arm of the law deal with him on #16daysofactivism NO VIOLENCE AGAINST WOMAN AND CHILDREN!

The footage can be seen below, the incident is currently under investigation.