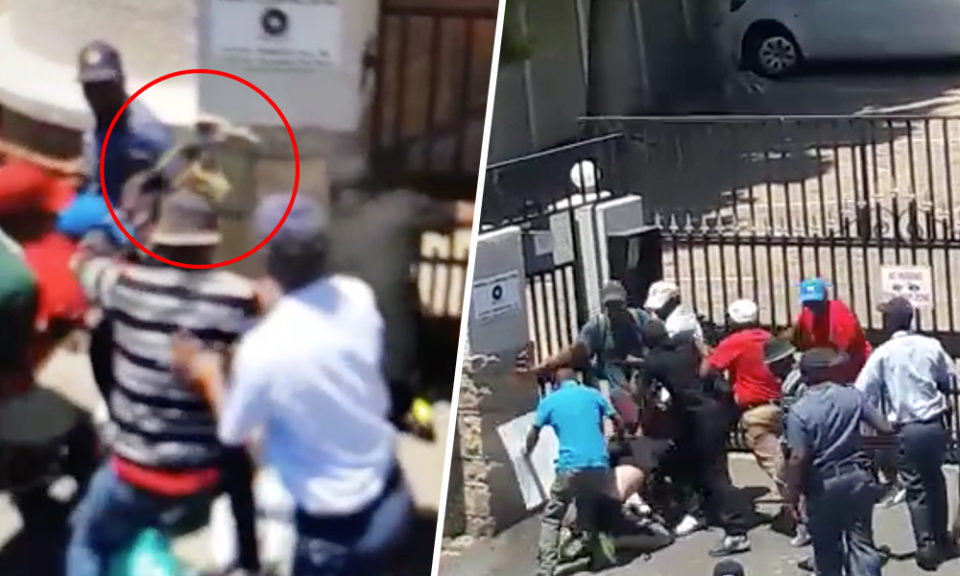 Members of the EFF descended on Sea point in Cape Town yesterday in a bid to strike causing a nightmare for members of the public.

Numerous clips and info have emerged online showing the chaos.

In one clip a lone security guard can be seen being beaten with a hammer as he tries to control the crowd of EFF members.

Another video shared online shows a pedestrian being kicked to the ground and beaten for no apparent reason. Police were called in to restore order but according to reporters, some just stood and watched while others attempted to control the situation.

Cape Town – Members of EFF beating up a man.

The footage attached below.

FORMER SPRINGBOK RUGBY TAKLED ALL 4 ATTACKER BEFORE BEING SHOT