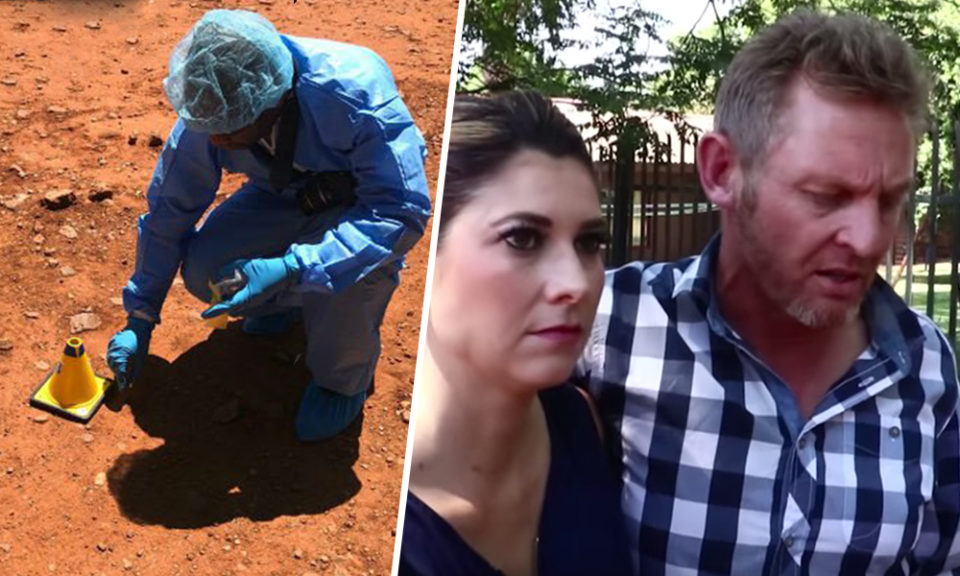 In an act of pure heroism, former Springbok hooker Naka Drotské saved his family from an armed robbery on Thursday evening as he tackled four armed suspects, pushing them out of the house.

Drotské was about to have dinner on his brother’s smallholding on the outskirts of Pretoria, along with former teammate Springbok prop Os du Randt, when the four suspects, clad in balaclavas, stormed into the house.

Drotské’s brother, Tinus who was at the house with his two minor sons, his girlfriend Nadia Jooste and her 7-year-old daughter, was visibly shaken as he recounted the events to media at the plot in Kameeldrift.

My brother (Drotské) dropped his sons at the airport and he was back for about 15 minutes. The food was ready and we were just about to eat when we heard voices from outside and then we were attacked by four armed men, wearing balaclavas

Tinus said that all the suspects wear armed with 9mm handguns, and that, as they entered the house, the sprayed tear gas into the room where he, Drotské, Du Randt and Jooste were sitting.

Nadia was at the other door to close it, she froze, so I stood up and thought they were going to shoot because they had these 9mms in our faces, so I stood over her to protect her. The next moment Naka charged the suspects, rugby tackling them out of the house, over the tables outside

Tinus explained that as Drotské tackled all four suspects, getting the armed intruders away from his family, they opened fire on Drotské, hitting him three times. As the shots were fired, Du Randt ran outside, but the suspects had already fled by then.

During the attack, Tinus’ two sons and Jooste’s daughter were watching a movie in another room. As the shots went off, Jooste’s daughter wanted to run to her mother, but Tinus’ eldest son, who is 13, stopped her and with quick presence of mind, phoned the police and pressed the panic button.

Tinus’ neighbour who also heard the shots and the alarm ran outside with his firearm and discharged two warning shots.

Just five minutes after the attack, Du Randt left with Drotské, to rush him to hospital. On the way, however, the towering prop and resilient hooker got into an accident.

They were about 3km away from the hospital and there was an accident, they drove over an island and the tires burst so Os jumped in front of a car to stop people to get Naka to hospital. Os thought very quickly

“THEY WERE NOT HERE TO STEAL” – COUPLE ASSAULTED, ALMOST RAPED DURING HOME INVASION