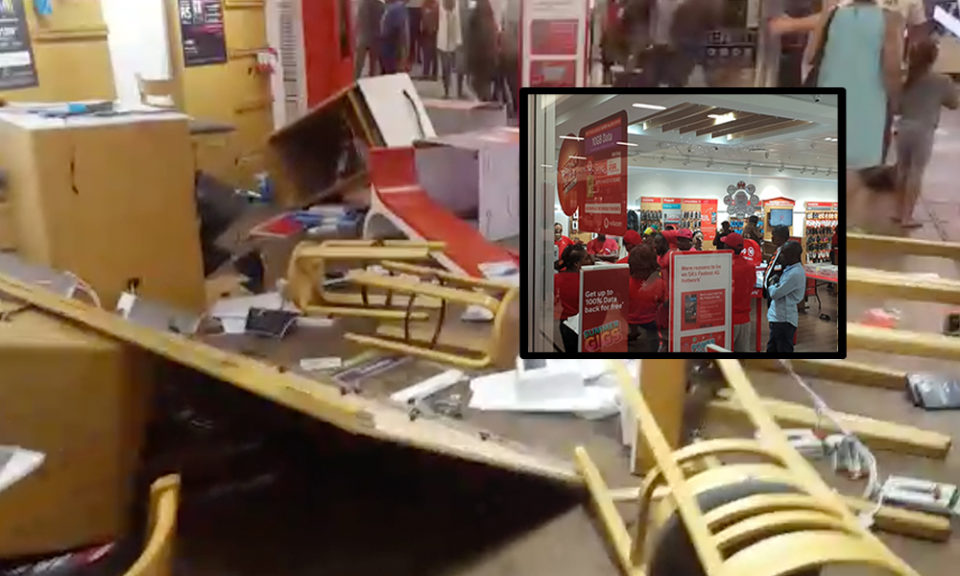 A Vodacom store at Mall of the North in Polokwane has been ransacked, according to posts on Twitter.

Crime Stoppers’ Yusuf Abramjee posted a video and images of the attack on Twitter.

A separate video was also posted by another Twitter user who was at the mall at the time of the incident.

The Twitter user said the store was attacked by EFF members, as they were protesting a statement made by Corruption Watch chairperson Mavuso Msimang at the recent Vodacom Journalist of the Year Awards, reports My Broadband

Reports have shown that Msimang said Julius Malema and the EFF were abusers of democracy, and showed an image of them during a presentation. This was seen as Vodacom declaring war on the EFF, according to social media posts.

Vodacom confirmed that Msimang spoke at the event, and said his views were his own, but that they supported free speech.

The videos below show the attack.

Eff supporters have vandalized a Vodacom store at the Mall of the North in Polokwane. They are protesting against an image of Julias Malema and Floyd Shivambu captioned “abusers of democracy”, shown at the Vodacom Journalist of the Year Awards #eff #Vodacom #sabcnews pic.twitter.com/r43Ngz8omA

Following the videos being posted, Abramjee posted images of “EFF members” gathering at a Vodacom store in East Gate Mall.