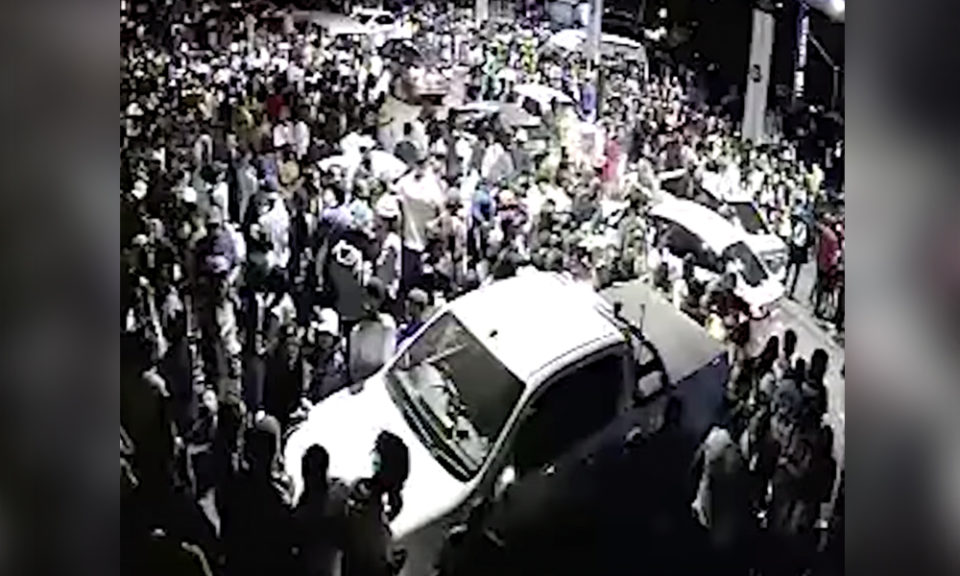 Two days after the historic Global Citizen Festival at FNB Stadium, CCTV footage has emerged that shows the extent of the hours-long crime spree at a Sasol garage opposite the venue.

TimesLIVE is in possession of several clips which show hundreds of people fleeing for safety at the Sasol Ormonde garage. The crime spree lasted more than five hours.

Dozens of people have come forward to detail their experiences after the festival, explaining how they were mugged at gunpoint, heard shots being fired and were attacked at the garage.

In the footage obtained outside the Sasol garage, a single police van enters the vicinity two hours after violence first erupted.

However, a police spokesperson for the event stated in a report that police personnel did not leave their posts until hours after the event.

The footage below. Since the unfortunate attack police have confirmed seven people have been arrested. For more on this visit Times LIVE

PARTY-GOERS ON LONG STREET, CAPE TOWN LOOT BIKE SHOP IN UNDER A MINUTE

FARMER SHOT 10 TIMES BUT CHILDREN DETERMINED TO HAVE FINAL SAY