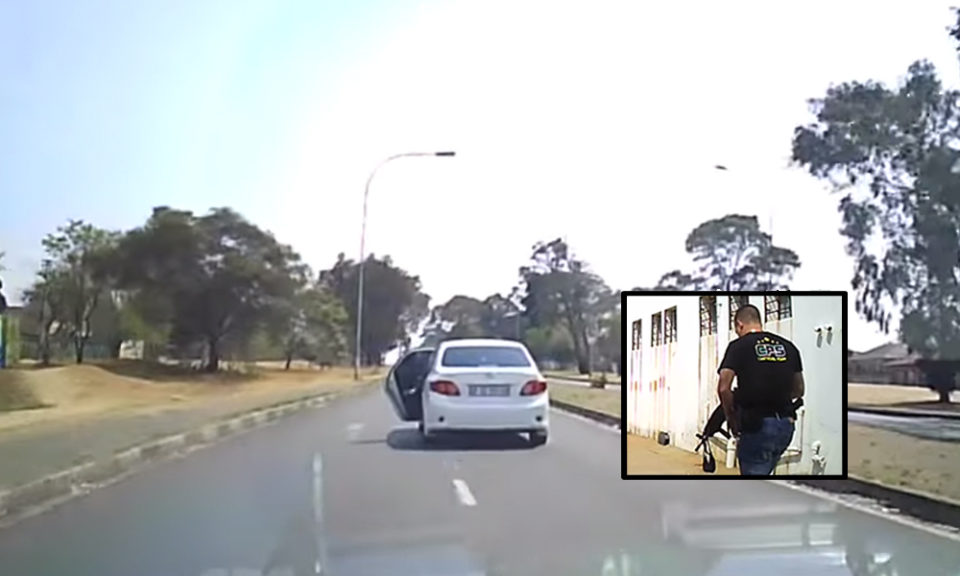 In extremely edge of your seat stuff footage. A private security company released a video on December 4th of a high-speed pursuit and shootout that occurred in September.

The footage involves the security company called CPS who are based in Johannesburg.

According to the information the armed response team witnessed a hijacking in progress when they began giving chase. The word and description of the vehicle were put out as back up soon joined the chase.

Armed suspects can be seen swerving and driving recklessly as they weave in between cars on the highway before making their way into the suburbs.

At one point the suspects open the passenger door and begin shooting at the security company.

The chase continues as the company seems to lose the suspects at one point as a member of the team can be heard saying fall back due to the recklessness of the driving.

The chase comes to a dramatic end when the suspects lose control at high speed and crash into a roadside fence.

Members of CPS surround the vehicle and arrest all suspects as well as recover firearms and equipment used.