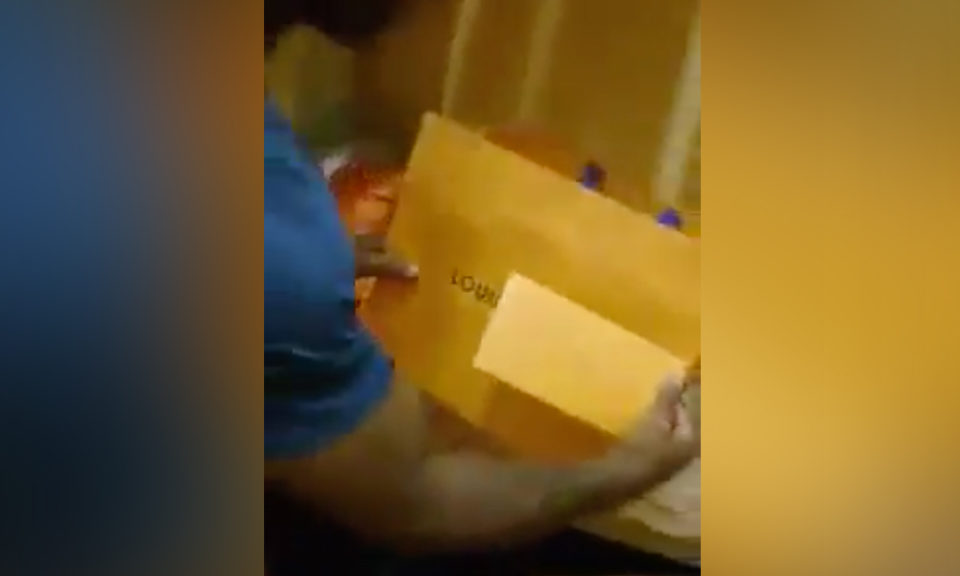 Some may say they have seen it all, but footage posted online shows inmates taking the luxury life of a South African prison to a whole new level.

In the 30-second clip prison inmates can be seen gathered inside a cell recording a fellow criminal unpacking his new shoes. The man continues to show a receipt of the purchase in which he can be heard saying, “you see, R13,000”

The footage has already sparked a debate with many in shock. The video has been attached below.

While this was going on another convicted criminal has been accused of running a drug ring from ‘luxury jail cell’ inside a Johannesburg prison.

The department of correctional services is “looking into” allegations that the man who killed Westbury toddler Luke Tibbetts is running a drug-dealing ring from inside Johannesburg’s “Sun City” prison.

New photographs of the 25-year-old murderer “living like a king in prison” that were leaked to The Citizen show Lindray Khakhu still wearing designer clothes and accessories and living in a personalised cell complete with his own bedding and access to a cell phone and laptop.

Two sources came forward to The Citizen alleging that Khakhu used his access to the internet and social media to lure young women into online relationships with him and that some of them ended up helping him smuggle and sell drugs.

Is this footage just another example of how easy life is inside a South African cell.

MOM SMOKES TIK IN FRONT OF HER BABY