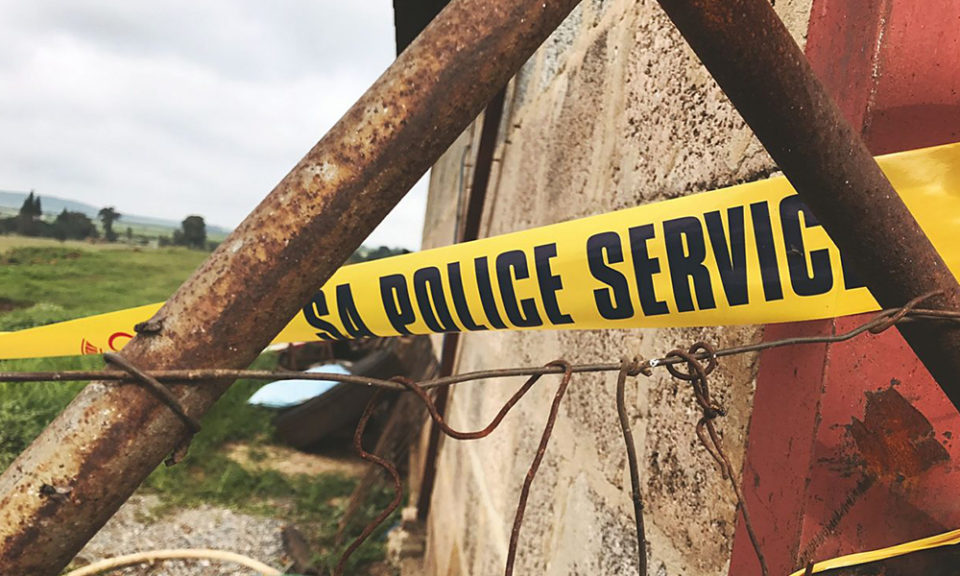 An armed robber was shot and killed following a farm attack in Smithfield, Free State, while an accomplice was on the run.

According to police spokesperson Constable Peter Kareli, two men entered a farmhouse in the area on Monday.

The robbers allegedly assaulted the couple with a steel rod, demanding money and firearms.

The suspects managed to access the safe and stole two rifles and two handguns.

The alarm went off and local farmers, as well as Smithfield police officials, reacted swiftly. One of the suspects was spotted trying to jump over the fence carrying a bag. He allegedly dropped the bag and jumped over into a muddy wetland surrounded by long grass.

Farmers and local police surrounded the area and whilst approaching the area a single gunshot was heard from the direction of the long grass. As the police approached to investigate, they found a male person with a gunshot wound to the forehead. One of the suspected stolen firearms was found next to the deceased and the other one was found in the bag the deceased dropped whilst trying to jump over the fence

The second suspect was still on the run. Smithfield police requested communities in the nearby towns to be vigilant and not to approach the suspect as he was considered armed and dangerous.

TWO SUSPECTS GUNNED DOWN BY PRIVATE SECURITY IN DURBAN NORTH