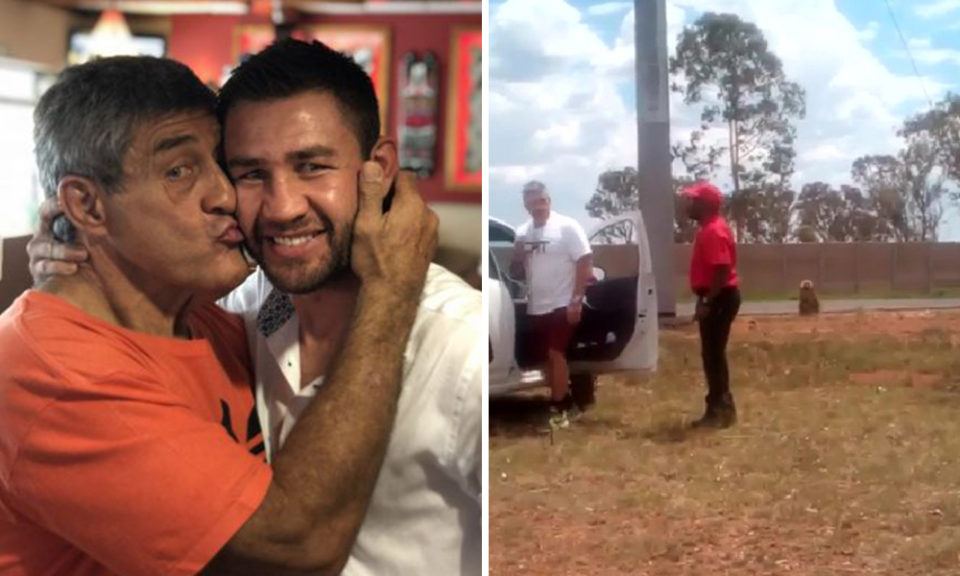 The man believed to have been caught on video arguing with the father of MMA fighter Danie “The Pitbull” Van Heerden and boxer Chris “The Heat” Van Heerden before killing him has been granted bail.

Sabelo Dlamini, who is a security guard, was granted R5000 bail at the Vereeniging Magistrate’s Court on Thursday. He is accused of murdering Daniel Christoffel van Heerden last week near a scrap yard in De Deur.

After Van Heerden’s death, a video emerged, showing an altercation between the two men which is alleged to have led to the killing.

In the video, the two men can be seen arguing. Van Heerden used the F-word and Dlamini asks him what is it that he did. However,  Van Heerden’s answer is not clear.

He then gets into his own car but Dlamini, who is following him, fires a shot.

The person sitting in Van Heerden’s car and busy recording then screams “hey”. Van Heerden then says to the approaching Dlamini: “shoot I am gonna f***ing lock you up.”

Dlamini then says “you hijacked me” but Van Heerden shouts: “I never hijacked you. Here’s your f***ing  key jou p**s. You know what, shoot me. You talk k*ak.”

OFFICER DOWN AS NEHAWU WRECK HAVOC DURING MPUMALANGA EXAM STRIKE