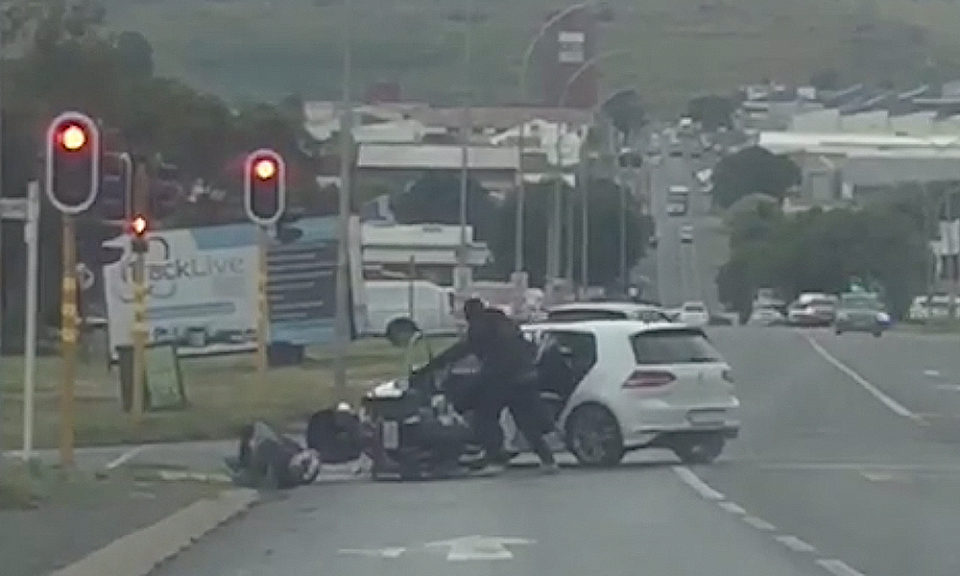 A biker who works for a jewellery store was forced off the road and robbed of cash and jewellery worth estimated R1m in Edenvale, Johannesburg, on Tuesday afternoon.

Police spokesperson Const Patricia Mgijima told TimesLIVE on Wednesday afternoon that the man was traveling from Germiston to Edenvale when he was attacked.

He works for a company which sells jewellery, gold, and diamonds. He had cash of R100,000

In the dramatic footage, the man is seen being forced off his motorbike by a group of armed men.

The man and the motorbike are then searched.

They demanded the keys for the storage box of the motorbike. They took the money and the jewellery. The biker said all the goods, including the cash, are worth more than R1m

A few seconds later, the suspects get into a white Volkswagen Golf GTI and flee, reports Times LIVE