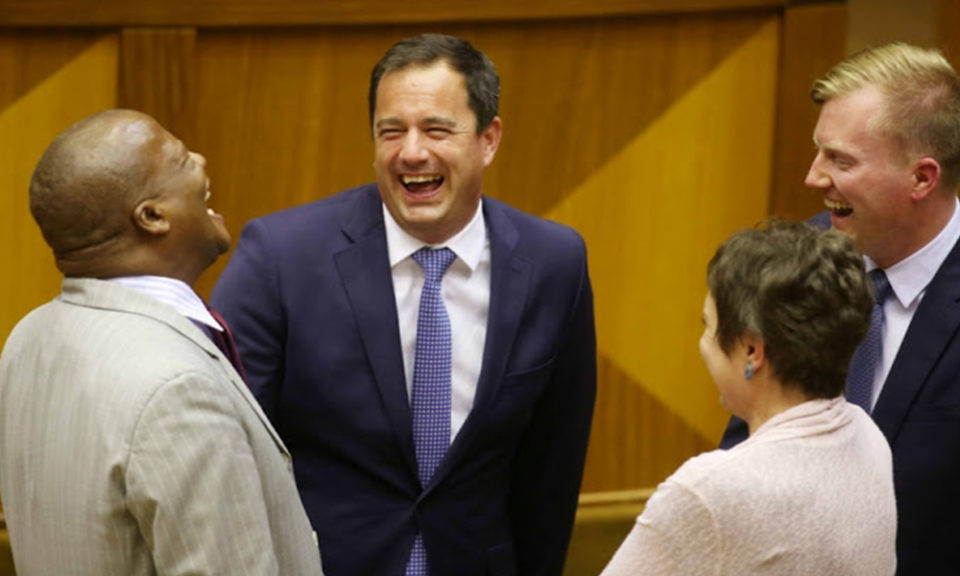 JOHANNESBURG – So What’s a Sunday without black twitter? Well, not a good one. Sunday was no different.

He doesn’t have a matric.Just Retweet to upset privilege #Steenhuisen pic.twitter.com/cFWLEKIGpR

It came to tweeps’ attention that the Democratic Alliance’s Chief Whip, John Steenhuisen doesn’t have a post matric qualification.

They had a field day, with #Steenhuisen trending the whole of Sunday afternoon.

His peers tried to come to his defense without much luck.

The hashtag led to another one, #SteenhuisenGoToSchool.

But he’s not the first DA member to get bust for his qualifications, reports ENCA

Back in June,  Tshwanes’s DA Chief Whip Marietha Aucamp had to leave her position after it was discovered that she’d lied about having a B-Tech degree.

For all your degrees and qualifications you’re still a bunch of VBS looters and thugs I’m sure those who have suffered as a result of your party’s greed and thuggery have taken cold comfort knowing you had a degree while you betrayed them. https://t.co/l1GCkd0gVn

Your qualifications have obviously equipped you and your journeymen well for rational debate (beating up journalists) and VBS looting. I would rather be degreelesss and honest than qualified and dishonest like you. https://t.co/1fdDi8KuIC

If Lindiwe Mazibuko was sent to Harvard; surely #Steenhuisen should be taken to Abet classes? pic.twitter.com/6KyI3OAeXX

#Steenhuisen can do well to see that it’s never, ever too late @jsteenhuisen #SteenhuisenGoToSchool https://t.co/nNHUg0HnSI

In case it wasn’t clear, we’re just pointing out the double standards! pic.twitter.com/K7iHxBqh55

So Dean McPherson & #Steenhuisen the Whip never bothered with the inconvenience of higher education?

Would have been nice to see them on the front line of the #FeesMustFall campaign.

I mean – we were doing it for their kind mos???#DegreelessAlliance

Crash Tests, ‘zero Star Cars’ In Sa – How Safe Is Your Vehicle On The Road