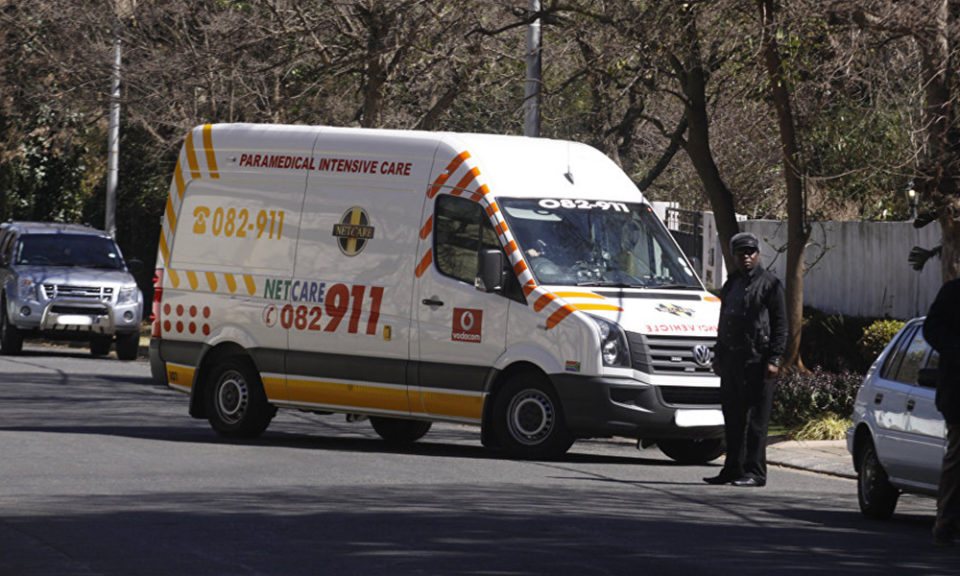 Kids. Full of imagination, entertaining themselves with their fantasy worlds and made- up stories of wonder. They can use anything at their disposal to make their stories a reality and their minds will do the rest. Just ask any parent who has bought their child an expensive gift, only to find out that the best part is the cardboard box.

For Sharon Sinothabo Nkomazana, however, her little cousin’s made-up game took a horrible turn when he managed to tangle himself in the washing line. The poor little guy was so badly tangled that with every movement, the wire wrapped itself more tightly around his neck and eventually penetrated his skin.

For fear of making it worse, his mother tried to call an ambulance to get the help that she needed. Unfortunately, she was told that all the ambulances were busy with other incidents.

I am so glad that I did as I am not sure what would have happened to my little cousin if I didn’t have it. He is 5 years old and we had to try and keep him calm and still, which was difficult because he was panicking

Nkomazana explained the situation to the Response Operator, who then set out to coordinate the fastest possible help for the little boy.

The ambulance services were indeed busy. However, the Namola Response Centre Operator, who has a 4- year-old at home, knew how much worse the situation could get if paramedics did not get on-scene soon.

Using all the resources she had, the Operator found the only available ambulance in the area, and convinced them that this child was in desperate need of assistance. They agreed and within 15 minutes of the initial call, the ambulance had arrived on scene.

When the Namola team contacted Nkomazana a couple of days later to find out how her cousin was, she reassured us that he was doing really well.

He had to have a couple of stitches, but he is on the mend. I am so grateful; it could have been so much worse

The team also asked her how she found the response times during her incident.

I couldn’t believe how fast the ambulance was after I had requested assistance through the app, we had tried ourselves, no-one called us back. With the app, the Operator called me back every couple of minutes to check on how he was doing

The Dialdirect Namola emergency app has proven to be the fastest way to get emergency assistance in South Africa. Download and test it today to ensure that you know how it works in an emergency. Simply click here to be redirected to your app store.

Crash Tests, ‘zero Star Cars’ In Sa – How Safe Is Your Vehicle On The Road