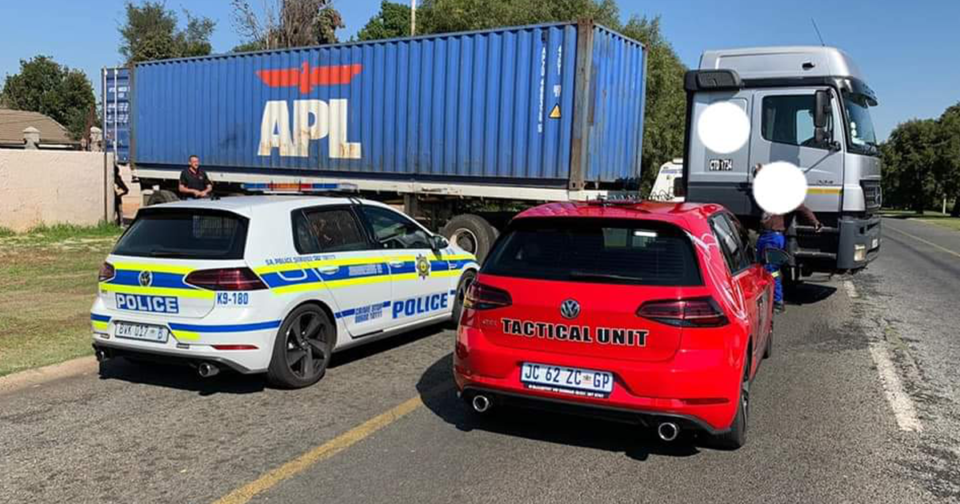 Last week private security were contacted after a suspicious truck was seen offloading goods in Brackenhurst at a private residence. (House)

Johannesburg SAPS K9 unit responded to the scene shortly afterwards. Were it was found that the truck, with it’s 12-meter container was packed to the brim with liquor.

According to the investigating officer, the goods were imported from Ghana and the concealment was carefully disguised in food product parcels.

The value of the entire load came to R6.2 Million and was allowed into South Africa on the premises that it was food. According to the private security company founder, the property was monitored for a few days before the arrival of the 18-Wheeler.

Imagine the thought of trying to hide a truck in your back yard?!

The officers arrested 16 suspects on site as they were half way through offloading goods. (Truck still parked halfway in the road)

All accused will appear in court at a later date. 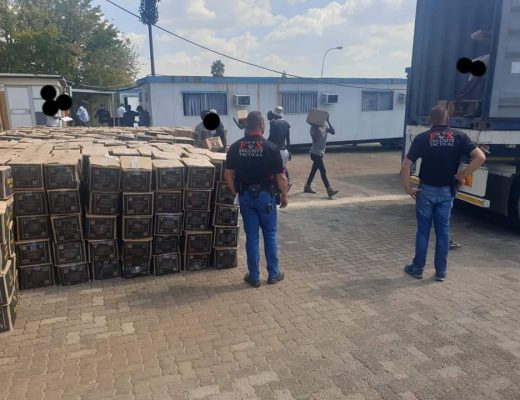