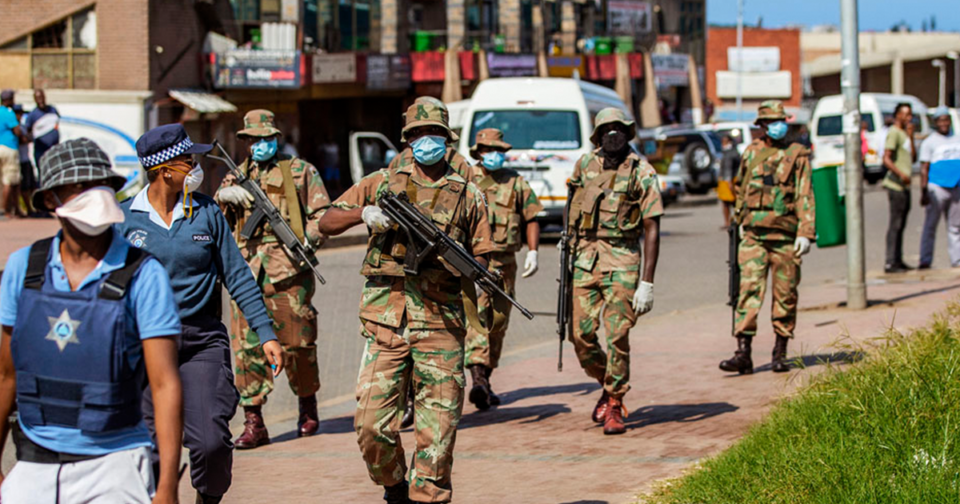 The COVID-19 lockdown has seen crime decrease significantly since the introduction of the National State of Disaster regulations, says Police Minister Bheki Cele.

Speaking in KwaZulu-Natal on Wednesday, the Minister expressed satisfaction at inroads made by law enforcement agencies across SA since the regulations were gazetted last month.

The regulations were introduced in an effort to curb the spread of corona virus, which according to the latest South African coronavirus stats has affected over 3,635 people and claimed at least 65 lives in the country.

“Due to the lockdown, the heightened visibility, reinforced by the deployment of the SANDF [South African National Defence Force] and other variables such as the prohibition of the sale of liquor, we have seen a significant drop across most crime categories,” said Cele.

“We welcome the decrease in especially contact crime and trio crimes – both crime categories that are known to instil fear and terror amongst our citizens,” he said.

During this period, domestic related crimes in South Africa dropped from 9 990 cases between 29 March and 22 April last year, to 3 061 since the start of the lockdown until 20 April 2020. This is a difference of 6 929. (These include – but are not limited to – crimes related to murder, rape and sexual assault.)

“What has been most concerning is the fact that in most of these domestic violence incidents, the perpetrators are well known to the victims – spouses, partners, close relatives,” he said.

In four of the incidents during the lockdown, the boyfriends were allegedly killed by their girlfriends and in two of these incidents, the murder was a result of an argument over liquor.

Said Cele: “In one incident the boyfriend refused to go out to buy liquor and in the other incident, the couple was under the influence of alcohol.”

Cele said in relation to contraventions of the lockdown regulations, by the end of the initial 21 days, “we were on almost 107 000 cases opened and over 118 000 people charged”.

– Failure to confine to place of residence

– Misrepresentation of statement to deceive

From those arrested, 42 388 are before different courts across the country, while the rest have either been granted bail, issued with fines, or released with a warning to appear before court.