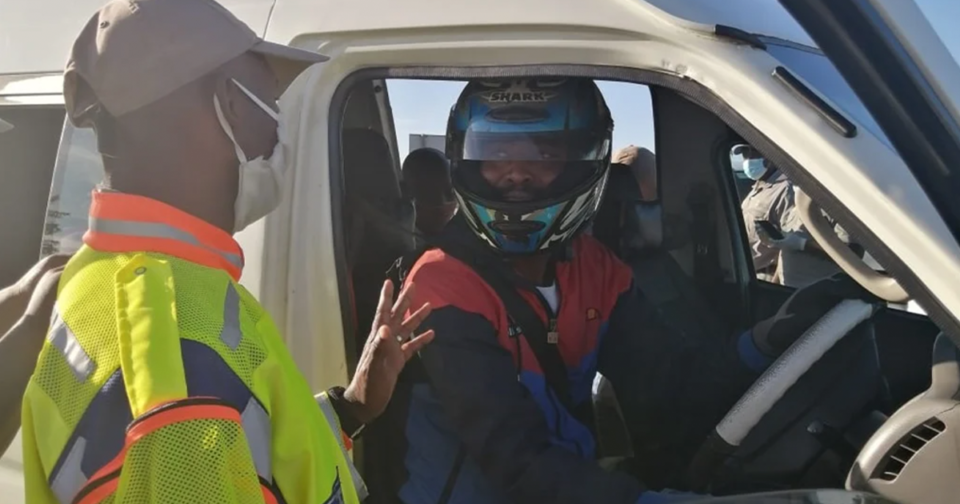 As South Africa entered level four lockdown a number of people have been caught disobeying guidelines.

Police Minister, Bheki Cele and Gauteng MEC of Community Safety, Faith Mazibuko led a joint lockdown operation around Krugersdorp as well as the N12 highway near Carletonville. These included roadblocks, spaza shops raids as well as random stop and searches.

A number of people were found in possession of drugs and booze. Cele expressed disappointment that people were still undermining lockdown regulations, reports Daily Sun

This video was posted after a clash with a motorist who was not wearing a mask, which is one of the requirements when leaving your property during Level 4. The minister went on to say the reversal back to Level 5 would be an easy one if people continue to not comply.

In the meantime as many establishments opened for the first time in over a month, thousands took advantage of being able to leave their homes. Footage from around the country showed how malls were a buzz with activity and street full of cars again. One incident in particular that caused controversy was the amount of people that turned up at Lakeside Mall in Benoni on Saturday. Footage and images went viral online showing people taking advantage of their first weekend out. Watch below:

Lakeside Mall in Benoni, just watch. You won’t believe it 😔

Posted by South Africa Live on Saturday, 2 May 2020